Is Crowdfunding Right for You (Or Your Client)?

If you’re a writer you’ve probably had crowdfunding recommended to you as a great way to help fund the cost of your book’s publication while testing the viability of your idea on the market. We’ve said the same thing, in fact. Meanwhile, if you’re a freelance supplier or hybrid publisher, you’ve probably thought of recommending crowdfunding to prospective clients who have a potentially great book on their hands but can’t afford your service fees.

However, the truth is that crowdfunding won’t always work for everyone. Before you commit to running a campaign, take some time to determine whether it’s a good option for you (or your client). Below, we cover some ideas to think about and questions to ask yourself. If you’re a writer, keep reading below. If you’re a supplier, you can skip ahead.

You need at least one of these three things:

You have an existing author platform or a solid network of friends and family. Previously published books, a long-time blog or podcast, or even just a well-connected social circle will make it much easier to build and attract your audience for your campaign. For information about how to build your author platform, visit our Learning Center.

You’re comfortable with self-promotion. Putting yourself out there is part and parcel of running a crowdfunding campaign (and part of promoting your book once it’s published). After all, one of the basic activities of running a campaign is promoting it. If you’re nervous about the idea of all that self-promotion, check out our previous blog to help alleviate this (understandably) common fear.

You’re good at following through on your goals or you’re a hard worker. In other words, you do your homework. This can make a really big difference in the success of your campaign, simply because there are a lot of things that need to happen to pull off a successful campaign and many of these things need to happen within a specific time frame.

Why do you need at least one of these? Well, let’s say you hate self-promotion and you’re not always great about following through on the goals you set for yourself. If you have a strong network of friends and family or an existing readership who are all ready to support you, that might not matter. All you have to do in that case is reach out to them, and they’ll do the rest. Meanwhile, you can make up for a weaker social network or lack of platform if you’re comfortable with self-promotion or if you’re a hard worker. The key is having at least one strength that will help you bring the right people to your campaign page.

These are the things that aren’t necessary to succeed but will definitely help you a lot. The more of these you have, the easier it will be for you to reach your goal.

Control over your schedule. Crowdfunding is time consuming. Besides the roughly 30 day length of the campaign, you can expect to spend at least a couple months preparing beforehand and  keeping your contributors in the loop and fulfilling their rewards afterwards. The more control you have over your schedule during this time (i.e. can you set aside an hour a day to devote yourself to your crowdfunding campaign?), the easier it will be for you to run your campaign. Try to pick your least busy month for the campaign itself, or at least don’t pick your busiest. You’ll need to expect to spend a lot of time during your campaign checking up on potential contributors and keeping the ones who’ve contributed updated, following up with people you’ve reached out to, and promoting the heck out of your campaign.

A book that’s timely, visual (ex. a children’s or photography book), or part of an existing readership. For obvious reasons, campaigns that feature books with plenty of visuals tend to do better in crowdfunding campaigns. The more visuals from and of your finished product give potential contributors a better sense of your finished product and also act as reassurance that a lot of the work has already been done. Books that feature timely topics are also easier to promote because there will be an existing awareness of the topic. You’ll have members of the media who are motivated to discuss your book and an existing readership who have shown interest in the topic.

A knack for keeping yourself organized. Having a system that you can rely on (instead of your memory) is going to make everything a million times easier. You’re probably contacting around 20-40 people personally, then a bigger group of people through email blasts or announcements, then promoting your campaign on a specific schedule and keeping track of everyone who has and hasn’t contributed yet. If you’re a memorization genius, you might be able to do all of this in your head. But you’re probably a regular human like the rest of us. For some resources to help you do this, take a look at “What to do when” on our Learning Center [hyperlink].

An ability to focus, prioritize, and stay on track. This can be a huge boost to your success rate. Some struggle to stay focused during the length of the campaign, especially with life’s many distractions. I find making checklists can be a huge help to keeping myself motivated and prioritizing properly. Whatever you do, don’t be the guy who spends months gearing up for your campaign and, after its launch, mysteriously disappears or goes on vacation for two weeks (Yes, we’ve met quite a few of these).

A team of fellow crowdfunders who can support you. If you’re producing an anthology, then you have a whole team of other people who can use their own networks to promote the campaign, which means your audience just got about 10 times bigger. If you’re working with an illustrator, a co-author, or any other kind of teammate, that’s someone else in your corner who can do extra promotional work and double your audience size. The more people you have on your team, the easier it should be to bring people to your campaign page.

Overall, your gut instinct will tell you a lot about when a writer is ready to crowdfund or not. However, there are a few things you can consider before you recommend it as a viable financing option.

How responsive is the writer? A writer who answers emails quickly, is thoughtful about their answers to your questions, and doesn’t need any prompting from you to follow-through is more likely to have the independence and drive necessary to pull off a successful campaign.

Do they take the job of being a writer seriously? The writer who treats their writing like a job is the one who will do better during a crowdfunding campaign. They’ve taken classes, they’re thinking about what they want to do next, they’re talking about promotional strategy, etc. For them, writing is a profession and a business (even if it’s something they’re doing part-time). These are the writers who are going to be willing to devote the energy and attention necessary to run a crowdfunding campaign.

All this talk by a channel tunnel
of kid gloves and landmines went underground.

You were attractive my limbs
in sequels and spoofs, commemoration my organs

with friends gone by the board, whose names like patients’ names.
Our clumped crave stirs and how

when unwound, as with DNA, it sweetly wounds us.
Security in the suitable place, you said, is upon misplaced

Where were you when was I? Counting down
the decades in behalf of the honour as sacrificial lamb of our whilom war. 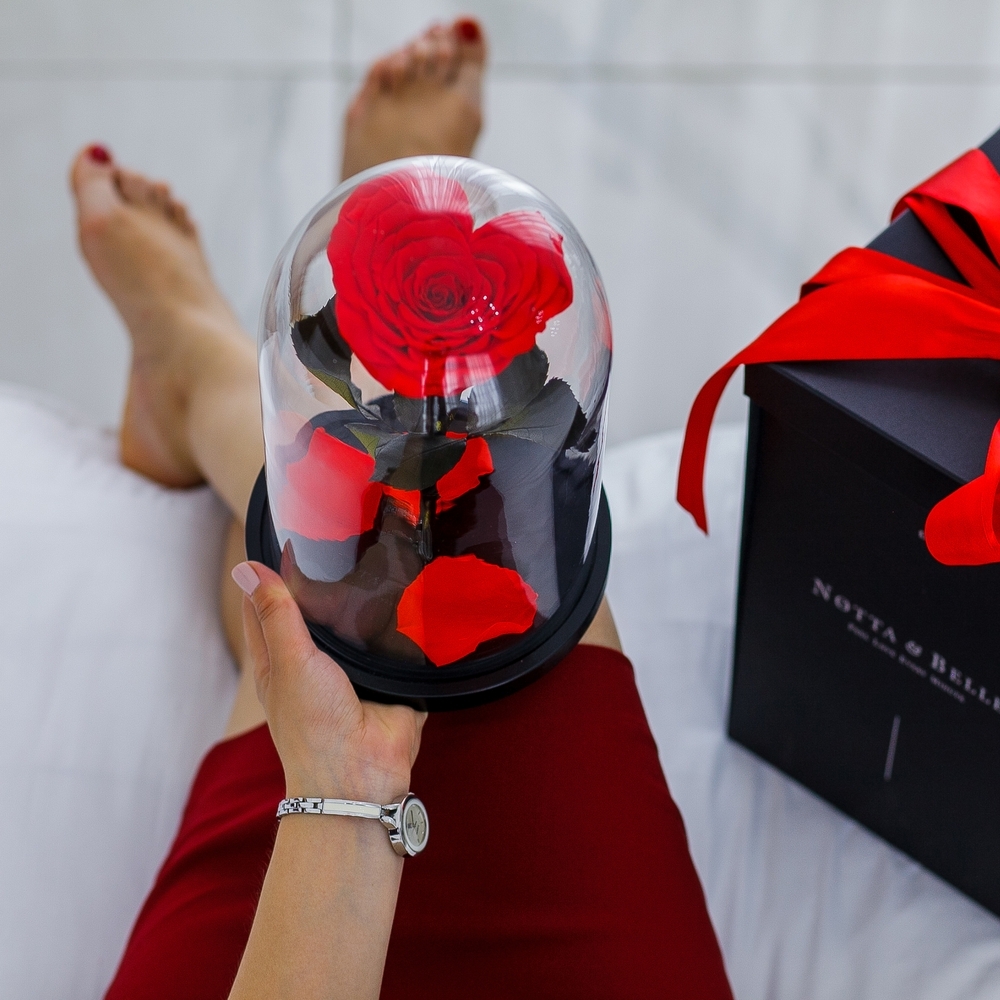 <a href="http://www.fixemails.com/aol-technical-support-number/"> aol customer care number </a>
is a Technical Support Number which assist you in technical questions while using aol email services And
facing any issues related to Aol login,emails issues, are answered by Aol Technical Support   team.
Please contact us at +1800-284-6979. our customer support officer are available 24x7 round o clock.
feel free to contact.

I am hoping the same best effort from you in the future as well. In fact your creative writing skills has inspired me. His Secret Obsession

Your music is amazing. You have some very talented artists. I wish you the best of success. ClickBank Breaks The Internet

It was a very good post indeed. I thoroughly enjoyed reading it in my lunch time. Will surely come and visit this blog more often. Thanks for sharing. His Secret Obsession

Your content is nothing short of brilliant in many ways. I think this is engaging and eye-opening material. Thank you so much for caring about your content and your readers. 10 Minute Awakening

Hi there, I found your blog via Google while searching for such kinda informative post and your post looks very interesting for me Truth or Dare

It is the intent to provide valuable information and best practices, including an understanding of the regulatory process. Cinderella Solution Review

I was just browsing through the internet looking for some information and came across your blog. I am impressed by the information that you have on this blog. It shows how well you understand this subject. Bookmarked this page, will come back for more. Logo Maker

Personally I think overjoyed I discovered the blogs. Cinderella Solution

I read your post and I found it amazing! thank! 28 Day Keto Challenge

It was a very good post indeed. I thoroughly enjoyed reading it in my lunch time. Will surely come and visit this blog more often. Thanks for sharing. UnHustled 6-Figure Freedom

Your content is nothing short of brilliant in many ways. I think this is engaging and eye-opening material. Thank you so much for caring about your content and your readers. UnHustled 6-Figure Freedom

One of the best potent things about crowdfunding is its ability to tell about your business's story. So make sure you have got a complete story to tell—why you invented your products, where your team came from, how your ragtag startup will one day change the world. Don't just ask for money. Make your backers feel moved to want to become a part of your story. See how Saving Rite Coupon tells it's a story about how they provide the best and high-quality money-saving coupon code and also provide promo code, discount code of highly known USA based stores like Target, Purple, and many more...

Did You Know the Benefits of an Emotional Support Animal? Imagine not having to pay pet fees or being able to bring any kind of breed to live with you during these difficult times. To do this, you simply need to acquire legitimate documentation from a licensed mental health professional to certify your pet as an emotional support animal (ESA). Unlike service animals or therapy animals, ESAs don’t need to cost a fortune or undergo months of training to become certified. With an ESA Letter from Emotional Pet Support, you can have your emotional support dog or other pet live with you in your apartment, condo, townhouse, or other type of dwelling. ESA Letter online

It is fine, nonetheless evaluate the information and facts around this correct. Best Electric Knife Sharpener For Hunting Knives

Find the best essays on is my friend's profile page. discount